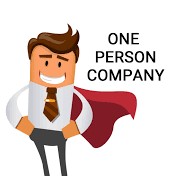 Incorporating features of One Person Company across the world

In this blog, we have discussed about the incorporating features of one person companies and their advantages in world-wide.One person companies are not provided under the companies Act, 1956. It was introduced by the Companies Act, 2013. One Person Company, the name itself suggest that it should contain only one member. Moreover, an OPC is a vehicle that seeks remedies to solve problems faced by companies such as Sole proprietorship. It has the unlimited liability and able to balance the extensive requirements of incorporating and running business. Therefore, one person companies will be best choice of business for the person who wish to start a business venture with the structural and organizational advantages.

Moreover, an one person company is a vehicle that seeks remedies to solve problems faced by companies such as Sole proprietorship. It has the unlimited liability and able to balance the extensive requirements of incorporating and running business. Therefore, one person companies will be best choice of business for the person who wish to start a business venture with the structural and organizational advantages.

Several countries have already recognized the ability of individuals incorporating a company before the enactment of the new Companies Act in 2013. Furthermore, members of a companies are nothing but subscribers to its memorandum of association (MOA), or its shareholders. Therefore, OPC is a company that has only one shareholder as its member. Such companies are generally created when there is only one founder or promoter for the business. Entrepreneurs whose businesses lies in early stages can start OPCs instead of sole proprietorship business because they provide several advantages.

The concept of one person company was first recommended by the experts committee of Dr. JJ Irani in 2005. Chiefly, the committee decided to classify the companies based on size, members and the control. In reference to the OPC, it is said that “it is the time that entrepreneurial capabilities of the people are given an outlet for the participation in the economical activates”.

Moreover, it is also recommended that a simpler rule through exemptions be made applicable to OPCs in order that an entrepreneur is not required to expend excessive time and resources on procedure that could otherwise be applied to its business activities.

Consequently, major counterparts of Indian OPCs are found in Europe, United States and Australia have resulted in strengthening the economies of the countries. Similarly, OPC will give businessmen all the benefits that a private business will give. OPCs provides the opportunity to people to take advantage of the unique characteristics of a company while remaining independent.

Reason for the formation:

Specifically, The reason why a private limited company necessarily have at least two people is to differentiate it from a sole proprietorship, which any individual could start on his own consensus.Incorporating features may vary from one company to other,

Idea of an OPC:

To over this problem, the companies are incorporating by individuals on appointing directors. They were given only one share, which is mandatory to become the member of the companies. The rest of the shares are retained by the owner of the company. In other words, the idea of one person company was introduced for the first time in the year 2009, but unfortunately, the idea could not cope up itself into something concrete. Then again in 2012, efforts were made to implement the idea, and it became a reality with the introduction of the Companies Act, 2013.

Features of a One Person Company

Some of the general features of a one-person company:

Section 3(1)(c) of the Companies Act says that a single person can form a company for any lawful purpose. It further describes OPCs as private companies.

Moreover, One person companies should have only one member or shareholder, unlike other private companies.

A unique feature of OPCs that separates it from other kinds of companies is that the sole member of the company has to mention a nominee while registering the company.

Since there is only one member in an OPC, his death will result in the nominee choosing or rejecting to become its sole member. This does not happen in other companies as they follow the concept of perpetual succession.

In essence, OPCs need to have minimum one person (the member) as director. They can have a maximum of 15 directors.

Companies Act, 2013 has not prescribed any amount as minimum paid-up capital for OPCs.

OPCs enjoys privileges and exemptions under the Companies Act compared to other companies.

Who can form a one person company?

In addition, Only a ‘natural person’ who is an Indian citizen and resident in India, i.e., a person who has stayed in India for a period of not less than one hundred and eighty two days during the immediately preceding one calendar year can incorporate a One Person Company and a nominee for the sole member of a One Person Company.

AS PER ONE PERSON COMPANY (RULE 3 OF COMPANIES (INCORPORATION) RULES, 2014)

Privileges of One Person Companies:

OPC enjoys the following privileges under the Companies Act:

Membership in One Person Companies:

Only natural persons who are Indian citizens and residents are eligible to incorporating a one person company in India. The same condition applies to nominees of OPCs. Further, such a natural person cannot be a member or nominee of more than one OPC at any point of time.

Chiefly, it is important to note that only natural persons can become members of OPCs. This does not happen in the case of companies wherein companies themselves can own shares and be members. Further, the law prohibits minors from being members or nominees of OPCs.

Conversion of OPCs into other Companies:

An OPC will be terminated, if its paid-up share capital of the company exceeds 50 lakh or either the average annual turnover of the company exceeds 2 crores. In such a case, the OPC will be convert into a private or public limited company. The company can obtain no objection certificate, and the resolution should be filed with the registrar of companies within 30 days in Form no. MGT14.

One Person Company as a Global Perspective:

Although OPC is a recent concept in India, it has been widespread in the United Kingdom for many years by Lord Herschel in the renowned case of Saloman v. Saloman & Co. Ltd where he acknowledged the idea of a one-person company as lawful. Further, under Section 7 of the UK Companies Act, 2006, a one-person public and a private company can be formed by complying with the registration and Memorandum of Association requirements, as laid down in the UK Act.

Similarly, in the United States, almost all states issues license for single member limited liability companies with different state-specific laws. Amongst Asian countries, Pakistan, Singapore and China adopted OPC in their legal systems in 2003, 2004 and 2005 respectively.

Therefore, a One Person Company will be an efficient vehicle for entrepreneurs as it combines the benefits of a sole proprietorship with that of a company. We Smartcorp are the leading business service providers in Tirupur. We have experts team for providing full guidance to our valuable clients. Transparent pricing, 24/7 customer support, No more delay, Hurry up!!!